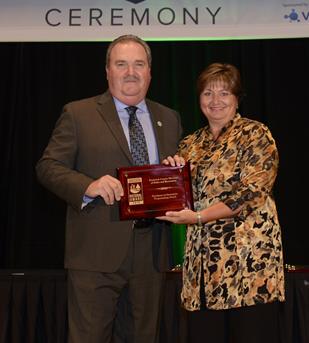 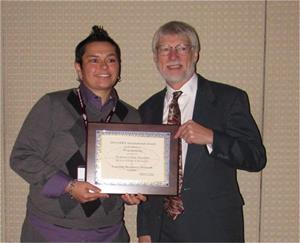 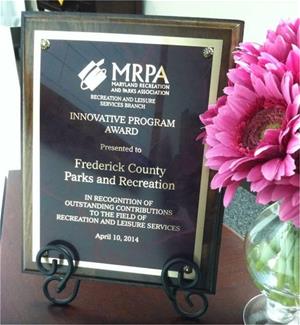 
The Frederick County Division of Parks and Recreation was selected to receive the Excellence in Innovative Programming Award by the National Recreation and Park Association (NRPA). The Docs in the Park Program was one of the programs recognized. The award was presented during a special reception at the 2015 NRPA Annual Conference in Las Vegas, Nevada on Thursday, September 17th. The Division Director, Paul Dial, accepted the award on behalf of the Division of Parks and Recreation and the many volunteers who helped make this program a reality.

The Excellence in Innovative Programming Award recognizes and honors an agency that demonstrates leadership through advanced, groundbreaking ideas in programming. The award highlights the efforts and impact an agency has made in promoting or increasing the awareness of the benefits of parks and recreation in their community. This award recognizes the agency that best demonstrates innovation in at least three of five areas of consideration: arts and humanities, health and wellness, parks and conservation, recreation, and sports and athletics.

The Frederick County Division of Parks and Recreation initiated the Docs in the Park program, based on the concept of collaborating with local medical professionals to combat challenges such as nature deficit disorder, obesity, and physical inactivity. The programs purpose is to connect families with healthy resources that parks near their homes provide.

To address some of the biggest challenges in the community – physical inactivity, obesity and nature deficit disorder – the program partnered with doctors and the health community to encourage health and wellness.

Frederick County Parks and Recreation was honored during the 2014 LERN Annual Conference, Nov. 21-23 in Orlando, FL.